At age 70, I'll be getting off this bus soon.
Don't like its direction anyway.

(Disclaimer- Please forgive me for this overly pessimistic view.
I've never so much wanted to be wrong.)

I could be wrong, but I think this guy has been smoking too much weed for far too long.

Lord only knows. I only recently ran into some of his writings.

His biography as stated by "Goodreads" is as follows:

Makow was born in Zürich, Switzerland. As an infant, he moved with his family to Canada, settling in Ottawa. At the age of 11 he began to write the syndicated advice-to-parents column "Ask Henry," which ran in 50 newspapers in the early 1960s [[archive.macleans.ca]] and was published in book form in 1962.[1] He appeared as a guest on What's My Line? and stumped the panel.

He received his Ph.D. in English Literature from the University of Toronto in 1982, and lives in Winnipeg. In 1984, he invented Scruples, a game of moral dilemmas which was translated into five languages and sold seven million copies worldwide.[citation needed]

Makow postulates a hidden hand shaping modern history according to a long-term occult (Satanic) agenda. He argues that democracy today is a charade and serves as an instrument of social control; the mass media generally stifles information and channels thought; and popular entertainment degrades us and diverts the audience from what is really happening.

The occult force, which operates through Freemasonry, is empowered by the London-based central banking cartel which must bring about world tyranny to defend its monopoly on credit.[citation needed] His collection, Illuminati: The Cult that Hijacked the World (2009), documents this view of history. In 2010, he published "Illuminati 2 - Deceit & Seduction" which provides further evidence that mankind is being subverted and enslaved.

He is the author of A Long Way to go for a Date (Winnipeg: Silas Green, 2000), the story of his courtship and marriage to a young Filipina. (He divorced and remarried in 2001.) His opinion that feminism is an attempt to destabilize society is found in his first collection,'Cruel Hoax: Feminism and the New World Order'(2007).

He believes the Protocols of the Elders of Zion are authentic and are the blueprint of the New World Order. However, he believes they represent a small cabal of Masonic Jews, central bankers who direct organized Jewry, but not Jews in general. He argues that programs espousing "tolerance," "multiculturalism" and "diversity" are social engineering by this powerful cabal.

Do you like Henry Makow? He had the old "save the males" website back 20-25 years ago. He was fairly on target with the feminist movement back then. I followed him at the time but haven't heard about him at all until now. I see he went down the Jewish/Illuminati rabbit hole judging from the article you cited.

I had not run into him until now. Don't really know what to think. Time will tell after I read a little more of what he has/had to say. So far it seems plausible.

@toronto_Georgia
There may be an over-representation of Jews in the global elitist hierarchy but there is no Jewish "conspiracy" to run the world. It is true the elites are very unhappy people and are without compassion or empathy for their fellow man. They disdain the masses.
Jews, Germans, Freemasons, Whites, Marxists - take away the labels and we are left with humans.

Jews certainly have an advantage in that they were the financiers of the seventeenth and eighteenth century in the developed world. It is why they are over-represented and hold powerful positions in the global arena.

I don't find a theory credible if it inspires others to despise any ethnic, cultural, racial, etc., segment of mankind by calling them evil. As I say, take away the labels and we are left with humans.

@FrankZeleniuk I understand your concerns. I have never associated Jews as a specific group making up the Illuminati. Every group has its "good and loyal" following AND its psychopaths with no exceptions. I believe the NWO ones are, and forgive my terrible spelling, Ashkenazi and not truly of the chosen faithful sons and daughters of G-D. Just like the Catholics and gentiles, a deep group of Jesuits, including the Black Pope (and that is not a racial designation but rather spiritual) are complicit in the plot for world domination. Even the Masons include the "lower levels" who are good practicing Christians, while their High Masons are of a different ilk. The Illuminati's specialty is blending in to all groups and classes ultimately corrupting the leadership and not the broad base of faithful followers.

Psychopaths rise to the top in all organizations. It would be interesting to know if there is some scientific basis for a mutation in the brains of psychopaths, or some aspect of the brain that is grossly underdeveloped or poisoned. I doubt anyone has ever studied that. 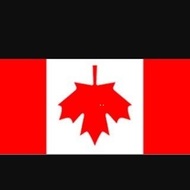 This is a new personage to me. Why do you say "loser"?

You can include a link to this post in your posts and comments by including the text q:297400
Slug does not evaluate or guarantee the accuracy of any content. Read full disclaimer.