Today (Thursday) we discuss what ‘Build Back Better’ and the ‘Great Reset’ will mean for our lives. Join us Live at 2:00 P.M. EST.

Wow, that was super long but, good. 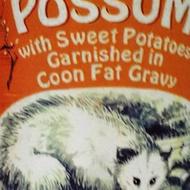 It seems like there is a large number of people that see these things so, why aren't things being done to rebel

1:31:41: of the YT ... Cool to see / hear Chadzo (my new nickname for RP) the Lincoln / Grant reference. Grant was many things and his tactics were cruelly, coldlheartedly, EXACTLY what the northern aggressors needed to win.

A side note to history is the bromance among Lincoln, Grant, & William Tecumseh Sherman. I do believe w/o all three guys the North would not have won. Sherman took Savannah GA just before the 1864 election and that news kinda reassured Northerer voters their side would prevail.

I'm too into the War Between the States - it was THE tragedy in this country's history (tho it was still a nation then) - and while the USA didn't split THAT time, USA2020 a very different land today.

To better days ahead for all but especially, the bloodline that still remains all those who died in that tragic war. Our cause is just, our people good - and Chadzo is one helluva guy. 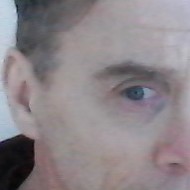 Always up for hanging with ...

Schwab, the Great Reset man lays out that the goal is to merge with the machines

"He also makes clear that implantable microchips will be the cornerstone of a transhumanist agenda that will merge man with machine.

Ramzpaul, I don't think you can speak intelligently on the Elites plans without understanding what their plans really are.

1st It is not a long walk from concerns about overpopulation fashionable in the 60s and 70s to plans for depopulation.

2nd Depopulation tools include women in the workforce, contraception, economic marginalization of the workers, promotion of homosexuality and transgenderism. War, real war, is too dangerous, even for the Elite.

3rd These things, while annoying, do too little to stop population growth, other plans had to be made

4th Once they get the replacement robotic workers to keep themselves in grandeur, the superfluous people are dead. Some think that will be something to do with mandatory vaccines, I think it will be more direct such as using robots to murder people.

5th These people plan long lives, possible immortality, by "merging with the machine"

There is a catch to all this, there is no merging with the machine. Fragile biology will vanish in due time, leaving behind only machine. It is a form of suicide, even for the Elite. It is the nihilistic, godless, suicide of man - as CS Lewis called it - The Abolition of Man.

Finally, when man has no God above him, he becomes, sick, mentally unstable, mad. As when a child has no father, but more so. God, strictly speaking the personification of the Order inherent in Existence, needs to be at the heart of our movement. That was the trouble with the alt right, at its heart was evil be my good and nihilism.

It is, after all, a war of the spirit, who is winning? Who will win?

Pokes fun at the establishment.