Come join us for a late night chat on Night Owls. We will discuss whatever is on your mind.

I haven't listened to all of it but I wanted to comment on the bit where "roads are racist" because it's absolutely ridiculous but I feel the need to articulate the reason why that is, because some people may actually be persuaded by that argument. So here is the flaw in their logic.

The left is wrong because despite what they would tell you, an individual is not defined by the color of their skin. If you define them by their skin color then you are saying they are nothing more than that: a color. You are saying they are not humans with complex backgrounds, geneologies, and ideologies who think for themselves and are capable of creativity and intelligence. They are just a color so anything referring to that color in any kind of forseable undesirable way is painting them in a negative light.

But that is not reality. All humans are created equal, which means that while life is not fair (some are born rich while others are born poor) it does not matter, your life is equally as valuable as the next persons. We are equal in our value as humans. We are not equally skilled, capable, smart, strong, or wise but we don't obtain our value based on any of those traits. We were created equal by God and that is what defines us. This is why roads are not racist because people are not roads. People are not colors. People are not races or sexes. People are humans and because of that, each of us holds an indefinite amount of value. 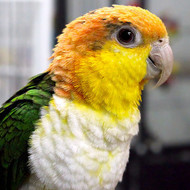