We rely on members to let us know when posts contain content that violiate the community guidelines. The most common reason that content gets flagged is that it contains dehumanizing or trolling/baiting text. Getting too many flagged posts will result in account termination.
2 0

Tucker had Alan Dershowitz on the show yesterday to discuss his position on mandatory vaccinations. He opened the interview with a video clip of Prof. Dershowitz being interviewed by Jason Goodman. In the original clip, Prof. Dershowitz states that “You have no right not to be vaccinated; you have no right not to wear a mask… If you refuse to be vaccinated, the state has the power to literally take you to a doctor’s office & plunge a needle in your arm.”

I couldn't help but notice that the clip that Tucker presented omitted that particular quote. It was cut off before he got to that part!

I assume that that was done as a "courtesy" to Prof. Dershowitz, who is frequently on his show, probably ordered from higher up. Prof. Dershowitz softened his words/tone considerably, while still maintaining his position.

Anyway, I'm disapppointed Tucker didn't press the issue and make him comment on his prior statement, as Tucker normally would do with just about anyone else.

It's worth talking about.

"Jacobson v. Massachusetts, 197 U.S. 11 (1905), was a United States Supreme Court case in which the Court upheld the authority of states to enforce compulsory vaccination laws. The Court's decision articulated the view that individual liberty is not absolute and is subject to the police power of the state."

I'm certainly not of the opinion the supreme court is always right but in general I take the same approach to all these type of issues. If don't like mandatory vaccination then get that added to the bill of rights. The same goes for the second amendment. If you want to eliminate the right to own and bear weapons necessary for the formation of an effective Militia repeal the second amendment.

The problem is now is not a good time to monkey around with the Constitution.

If you think vaccines are dangerous, civil disobedience? It really is a tough question. I don't trust doctors as much as most people and would at least like a choice of vaccines. 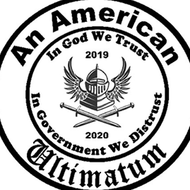 That goes without saying. My problem is that Tucker let him off easy..