In a photograph which exploded like a bomb the day after the Taliban first took Kabul in late September 1996, two young Taliban foot soldiers hug each other with joyful faces under the grotesquely deformed and bloodied figures of former President Najibullah and his brother, hanging from a traffic light pole in Aryana Square.

After establishing their religious credentials in Kandahar, the Taliban sought to convey anti-corruption and justice messages, especially in Kabul, which they considered a den of iniquity. Before arriving in Kabul, the Taliban had already started their acts of performative violence, indicating that they intended to dictate and dominate people’s private lives.

TVs, videos and music cassettes were banned – and not simply by edict: smashed TVs dangled at Taliban checkpoints like blinded eyes, cassette ribbons flew in the wind like the entrails of eviscerated creatures executed and displayed like trophies.

Indeed, the execution of the former president was the Taliban’s brutal and very public message to the people of Kabul on the first morning of their rule in the city. No exceptions would be made and everyone who deserved punishment would receive it. 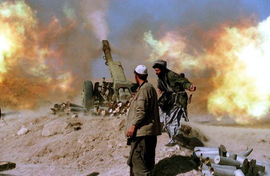 You can include a link to this post in your posts and comments by including the text q:291713