Turn around is fair play: if you are accused of murder and acquited due to lack of evidence, it is slander or libel to then continue saying that you are a murderer.

They were accused of "vote murder" and not even acquited but there simply wasn't a case due to lack of evidence.

For anyone to then continue to claim "vote murder" (i.e., fraud) is also slander.

Glad to see people being held accountable for making claims without evidence.

Meh, article is full of slanted views, obvious bias and clearly pushing an anti-Trump narrative that avoids facts. You might as well listen to CNN.
Democrats have bought up these same issues prior to this election. Dominion's own manuals back up Powell's claims. Most of the reason the cases didn't go through was based on procedural issues, rather than weight of evidence.
I suggest you get a better source of info than MSM. Plenty of alternative sources out there, to get a balanced view.

@TheMiddleWay there have been cases where judges refused to even look at evidence (I get the feeling you are too). There have been cases where the dems have ignored court orders. Az is currently ignoring subpoenas and trying to run out the clock.
There is a lot of more evidence (far too much for me to write here), and if you looked through more balanced sources, it would be easy to see. But it seems that all you are looking through is anti-Trump, pro-democrat sources.

@TheMiddleWay or they would just report facts without resorting to attacks

...
Newsmax, OANN and Gateway Pundit aren't too bad (although admittedly pretty pro- Trump). There's also JustTheNews. Epoch Times does an outstanding job (although they are anti-CCP). Crossroads with Joshua Phillips is probably the best investigative journalism reporting on politics at the moment, as is Facts Matter with Roman Balkanov. There are some smaller, independents like Rebel News and Blaze TV. Plenty of moderates like Tim Pool, daily akkad/lotuseaters etc
Various foreign news networks are also less political and more factual (with less censorship) then in the US and offer more in-depth bipartisan views.

@TheMiddleWay honestly, you place too much faith in both. The more varied sources, the more balanced a view you can reach. Above all though, study history, because it keeps repeating.

I know the Texas case was not heard by SCOTUS due to a claim of no-standing... they didn't even look at the merits of the case. So, to claim that the case had no merit is simply unfounded.
What case was dismissed due to lack of evidence? Gathering evidence takes time, and is on-going as far as I know. 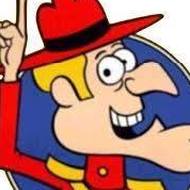 @TheMiddleWay they have SO MUCH evidence. A long list. BTW, I plan to get a laptop, THEN I'd list but tablet?, no. Did you hear Joe Biden himself SAY and say utterly clearly about his group committing 'the largest electoral fraud in the history of the United States?
Was he bragging? No. Puffed up? No.
It was FACTS, JUST FACTS.
Did you follow the leads for 2 months every DAY?
Everything said FRAUD.

The bible says, the whole world believes a lie.

It also says, 'the whole world followed after pharmaceuticals, aka drugs.

I didn't think we were to that point. Bias, didn't want to think so!
But one year! Compliance(masks, vax) regardless of science.

@TheMiddleWay you must be looking forward to possible socialism

So all the info on Dominion is CALLED false? A lot of evidence? Let's not repeat it.
I see murder as different from the electoral voting in USA.
In ways, the entire US voting hangs in the balance and needs to be read dressed.
If the decision makers had negative bias, were secretly getting benefit from China, then the it's faulty.
China bought many men at all levels
Joe Biden told us...no stumbling...that 'they' pulled off the greatest election fraud in...you know the rest.
What? No one BELIEVES Joe?
Joe is a pathological liar, like Hillary, but not all the time.
How will you know?
So, they keep presenting, so many details, big things, small thing
This is denial. It ends badly.

Citation, just where did it "go to court"?

"Citation, just where did it "go to court"?"

That depends upon what "it" is.

A very solid maxim at common law is so-called swift justice. The concept is based upon natural law. If justice (due process of law, bringing charges into a Court of Law before an independent Trial Jury) is delayed, specifically delayed by the treasonous criminal conspiring frauds, then it isn't law, it is called cover-up, added to the original Treasonous Election Fraud Conspiracy.

That type of dilemma only happens when the goal is to deceive. That type of dilemma does not happen when the goal is to uncover and employ the facts that matter in the case, which is the purpose of the common law, with private prosecutors, independent grand juries, independent trial juries, and government in place to execute the will of the trial jurors who adjudicate both fact and law in each case. The findings of the juries adjudicating fact and law are then published as Trial Transcripts for all to see. The frauds can still claim that they are innocent, even after sentencing.

Summary JustUS "Court" (a.k.a. Kangaroo Courts) involve a biased member of the criminal cabal, keeping the gate to prosecution closed, protecting members of the cabal, while the gang members fleece the flock. It has only been in recent times that a Summary JustUS Court System has been comingled with the processes known as Rule of Law, Law of the Land, which is the common law, with private prosecutors, independent grand juries, independent trial juries, and an executor (government agent) hired by The People to execute the will of the people as instructed by The People through their juries.

"It was a principle of the Common Law, as it is of the law of nature, and of common sense, that no man can be taxed without his personal consent. The Common Law knew nothing of that system, which now prevails in England, of assuming a man’s own consent to be taxed, because some pretended representative, whom he never authorized to act for him, has taken it upon himself to consent that he may be taxed. That is one of the many frauds on the Common Law, and the English constitution, which have been introduced since Magna Carta. Having finally established itself in England, it has been stupidly and servilely copied and submitted to in the United States.

"If the trial by jury were reëstablished, the Common Law principle of taxation would be reëstablished with it; for it is not to be supposed that juries would enforce a tax upon an individual which he had never agreed to pay. Taxation without consent is as plainly robbery, when enforced against one man, as when enforced against millions; and it is not to be imagined that juries could be blind to so self-evident a principle. Taking a man’s money without his consent, is also as much robbery, when it is done by millions of men, acting in concert, and calling themselves a government, as when it is done by a single individual, acting on his own responsibility, and calling himself a highwayman. Neither the numbers engaged in the act, nor the different characters they assume as a cover for the act, alter the nature of the act itself.

"If the government can take a man’s money without his consent, there is no limit to the additional tyranny it may practise upon him; for, with his money, it can hire soldiers to stand over him, keep him in subjection, plunder him at discretion, and kill him if he resists. And governments always will do this, as they everywhere and always have done it, except where the Common Law principle has been established. It is therefore a first principle, a very sine qua non of political freedom, that a man can be taxed only by his personal consent. And the establishment of this principle, with trial by jury, insures freedom of course; because:

"1. No man would pay his money unless he had first contracted for such a government as he was willing to support; and,

"2. Unless the government then kept itself within the terms of its contract, juries would not enforce the payment of the tax. Besides, the agreement to be taxed would probably be entered into but for a year at a time. If, in that year, the government proved itself either inefficient or tyrannical, to any serious degree, the contract would not be renewed.

"All legitimate government is a mutual insurance company, voluntarily agreed upon by the parties to it, for the protection of their rights against wrong-doers. In its voluntary character it is precisely similar to an association for mutual protection against fire or shipwreck. Before a man will join an association for these latter purposes, and pay the premium for being insured, he will, if he be a man of sense, look at the articles of the association; see what the company promises to do; what it is likely to do; and what are the rates of insurance. If he be satisfied on all these points, he will become a member, pay his premium for a year, and then hold the company to its contract. If the conduct of the company prove unsatisfactory, he will let his policy expire at the end of the year for which he has paid; will decline to pay any further premiums, and either seek insurance elsewhere, or take his own risk without any insurance. And as men act in the insurance of their ships and dwellings, they would act in the insurance of their properties, liberties and lives, in the political association, or government.

"Trial by the country, and no taxation without consent, were the two pillars of English liberty, (when England had any liberty,) and the first principles of the Common Law. They mutually sustain each other; and neither can stand without the other. Without both, no people have any guaranty for their freedom; with both, no people can be otherwise than free."
Lysander Spooner, Essay on The Trial by Jury

@TheMiddleWay They did not go to court, LOL, were rejected before they ever made trial, and we all know why. Shit you don't even understand what a fucking 'citation' is.

@TheMiddleWay LOL, do you really buy that, or are you just trollin'?

"Do I buy that when asked if they have evidence of fraud UNDER OATH, Trump's lawyers said "NO"?
Yes."

You can include a link to this post in your posts and comments by including the text q:164202
Slug does not evaluate or guarantee the accuracy of any content. Read full disclaimer.