Finland training with their guns in preparations for war-
[bearingarms.com]

See WW@, WeekbyWeek for lots of info on the leadup to WW2.

The paranoid idiot, Stalin, purged his military in the 30's. Wiped out most of the officer corps. So, when he decided to invade Finland in late 30's they pulled a Thermopylie (sp?) on him and kicked his Army's butt. However, never ending conscripts took their toll and he did conquer what he wanted -- until Hitler offered Finland an alliance to get the commie trash out.
Geesh, talk about a deal with the Devil!
I suspect Finland has learned their lesson -- the only way to insure freedom (at national and individual) is to be armed enough to make it painful for any aggressor.
Becoming a part of NATO would be stupid -- like poking a bear.

Good point, that after WW2, Russia conquered Eastern Europe but not Finland or Norway.

The reason for bombing Hiroshima was to end the war fast, because Russia was defeating Japan in Manchuria. If we had not stopped the war fast, Russia would have taken all of Manchuria. They took Sakhalin Island.

Social media cancellation of Russia has proved more powerful than economic sanctions. There is a painting in a London museum titled "Ukrainian Dancers" that used to be titled "Russian Dancers".

Saddam committed an error by invading Kuwait, because he was 1 year away from having nukes. The invasion backfired and cost him the nukes.

I predict that China will not invade Taiwan. It would backfire.

The Fabian strategy is to avoid direct battle and instead outfarm your foe.

America should play the Fabian strategy and maximize energy.

The trees of Finland provide great cover in a gunfight.

The Finns not only fought the Russians, but they had to fight the Germans when they negotiated with the Russians at the end of WWII. Forced them to retreat back to northern Norway. Tough bastards.

I always thought of Putin as a canny strategist. I thought his twenty years in power had given him a deeper insight into the inner workings of great powers than transient politicians in the West. I was wrong. He makes the same kind of mistakes they do, reinforced by twenty years of being surrounded by yes men.

The funny thing is, Putin was winning until Russian units invaded Ukraine. A steady stream of. western leaders trooped to Moscow to beg for his restraint. Everybody feared the Russian army. Everybody feared losing Russian energy supplies. NATO was divided. European armies were only good for parades and ceremonial guards. Poland, with its atavistic fear of Russia, was isolated. Now NATO countries are rearming with a vengeance. There is a new unity we haven't seen since the early fifties. Not only that, but staunchly neutral countries like Finland are asking to join NATO.

Ukraine has turned out to be Putin's Tarbaby. The harder he slaps, the more he's stuck. Eight years of half-war have taught Ukrainians to distrust Russia. This invasion has taught them to hate it. I don't think Putin can ever trust Ukraine again. He will have to conquer it and subject it to full Stalinist repression. I think he will have to formally declare war to muster the resources to do that.

This was an issue when Zelensky was an actor producing TV shows.

That was a year ago. Today, the hate is stronger.

Germany can be submitted because they need Russian fuel. Finland has infinite trees and a small population.

There is likely much ethnic hate between Finns and Russians.

Finland has always been one of the more firearm friendly European nations, with Russia right on their doorstep.. 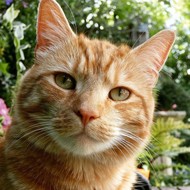 You can include a link to this post in your posts and comments by including the text q:331360
Slug does not evaluate or guarantee the accuracy of any content. Read full disclaimer.