I will end this message with a quote from Richard Henry Lee, who was the Sixth President of The United States of America during the Revolutionary Federal Timeline: 1774 to 1789.

Treasonous Fraud, such as so-called “Brady Violations” (withholding exculpatory evidence during a persecution according to Roman Civil Rules) is punishable, but no one does it, or so few “Brady Violation Cases” result in criminal prosecution of the criminal who perpetrates this very serious crime against an innocent victim – no cases, or so few numbers of cases compared to the offenders offending, that there is less, or no, power of deterrence.

That is called pathology, as a child never learns responsibility, as the child never is held to an accurate account of the facts that matter in any case, as the child develops malevolent behavior in infancy and in later years the child never grows from an infantile STATE into an independent adult STATE having, holding, and nurturing responsible behavior.

Deterrence is a method by which someone dreaming of doing something wrong (see: Golden Rule, doing something to someone that you yourself would defend against if someone were to do the same to you) is shown accurate accounting of the consequences caused by the one initiating malevolent behavior.

The Family, according to Organized Crime under Treasonous Fraud (by any name, from Empire to Marxism, no deterrence means no deterrence) has to go, and in place of The Family, a Public Indoctrination Parent demanding Blind Obedience Without Question must be enforced by any means upon the targeted victims.

In common law, the independent grand jurors dutifully hold everyone, and most importantly anyone with power, to account for steps taken malevolently, such as cases involving Treason by Aggressive Violence, or Treason by Fraud.

Independent Grand Juries have to go, if malevolence is going to replace deterrence as the Enforcement Mechanism Leading Mankind to a Torturous Self-Extinction.

Richard Henry Lee
LETTER XIII.
JANUARY 14, 1788.
"It is not merely the number of impeachments, that are to be expected to make public officers honest and attentive in their business. A general opinion must pervade the community, that the house, the body to impeach them for misconduct, is disinterested, and ever watchful for the public good; and that the judges who shall try impeachments, will not feel a shadow of bias. Under such circumstances, men will not dare transgress, who, not deterred by such accusers and judges, would repeatedly misbehave. We have already suffered many and extensive evils, owing to the defects of the confederation, in not providing against the misconduct of public officers. When we expect the law to be punctually executed, not one man in ten thousand will disobey it: it is the probable chance of escaping punishment that induces men to transgress. It is one important mean to make the government just and honest, rigidly and constantly to hold, before the eyes of those who execute it, punishment, and dismission from office, for misconduct. These are principles no candid man, who has just ideas of the essential features of a free government, will controvert. They are, to be sure, at this period, called visionary, speculative and anti-governmental—but in the true stile of courtiers, selfish politicians, and flatterers of despotism—discerning republican men of both parties see their value. They are said to be of no value, by empty boasting advocates for the constitution, who, by their weakness and conduct, in fact, injure its cause much more than most of its opponents. From their high sounding promises, men are led to expect a defence of it, and to have their doubts removed. When a number of long pieces appear, they, instead of the defence, &c. they expected, see nothing but a parade of names—volumes written without ever coming to the point—cases quoted between which and ours there is not the least similitude—and partial extracts made from histories and governments, merely to serve a purpose. Some of them, like the true admirers of royal and senatorial robes, would fain prove, that nations who have thought like freemen and philosophers about government, and endeavoured to be free, have often been the most miserable: if a single riot, in the course of five hundred years happened in a free country, if a salary, or the interest of a public or private debt was not paid at the moment, they seem to lay more stress upon these truffles (for truffles they are in a free and happy country) than upon the oppressions of despotic government for ages together.” 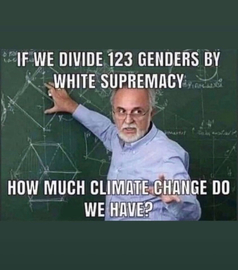 Posted by Josf-KelleyOrigins of Adaptive Creativity for Life to Prosper Eternally by Joe Kelley 12-13-2021 I profess to know that the following is true, to the best of my current knowledge.

Posted by Josf-KelleyKyle is not an aberration.