Exactly! Don't you just love communist twitter censuring openly president of the United States while they just open account for Klaus "Dr.Evil" Schwab from the World "Communist" Forum and turned off comments on his twitter while he tweets "you will own nothing and be happy about it." and want's to turn you in to transhuman.

Trump Wants Biden to Prove His 80 Million Votes Aren't Fraudulent if He's to 'Enter the White House as President' BY STEPHEN KRUISER NOV 27, 2020 11:52 AM ET

On the off chance that your Thanksgiving weekend was undergoing a lull, here’s some pure political entertainment for you.

President Trump decided to hit Twitter with a Black Friday surprise, saying that “Biden can only enter the White House as President” if he can prove that he didn’t get there fraudulently:

I’m sure that everyone LOL’d a little at Twitter’s red flag at the bottom of the tweet. I’ve got a screenshot just in case Dorsey’s jackboots send the tweet down the memory hole.

As is always the case with Trump’s best trolling, the triggering effect on the libs is worth the price of admission. What they’re calling delusion, conservative Republicans are calling a spine. There is no quit in this president. We’re almost four years into this and that fact is still a new thing for Republicans. We’re just barely getting used to it after decades of weak GOP leaders rolling over and playing dead whenever the Democrats and their media mouthpieces told them to.

A couple of weeks ago I wrote that I want the counting and the lawsuits to go on as long as possible, both because what’s happening right now is necessary if we’re ever going to be able to stop it in the future, and also just to spite the Democrats after how awful every single one of them has been these past four years.

There is a lot of fight left in President Trump. The surrender-monkey Republicans who are telling him to give up are having a rough Thanksgiving Friday now.

And that’s a beautiful thing. 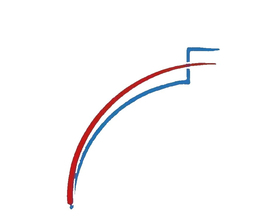 Go ahead, keep the lawsuits coming, keep trying to delay. If the result is still in question, Trump still has to leave on Jan 20. Get ready for President Pelosi while Trump clogs up the legal system with his whiny tantrum.

@73jazzbass I think you tagged the wrong individual there.

@Krunoslav I did, sorry. Sometimes the reply function doesn’t work right. I deleted it. I know where you stand and I’m right with you

Yeah, we haven’t heard any whiny tantrums from the Democrats in the last four years. Deal with it. You’ll make a good little communist

@Krunoslav cry more. All this love for the "America First" party who thinks you are the enemy for not being American. Why don't you follow their advice and butt out of American politics? Go back to your day-job at a computer bank making fake ads for Facebook.

@73jazzbass you act like your statement negates the fact that Trump is throwing a whiny baby tantrum because he is such a narcissist that he can't accept defeat. The Wisconsin recount Trump so desperately wanted actually put Biden ahead by a wider margin. Deal with it. You'll make a good little fascist.

@Krunoslav that rich, coming from someone in Croatia.

Social media agitation continues by Russia and other foreign powers on big social network platforms; Facebook and Twitter, for example, have said since the 2016 election that they've continued purging bots and fake accounts linked to attempts to influence Americans.

@JacksonNought Great comeback. Highly original. Another ignorant liberal with nothing to say. You deserve what you have coming.

@JacksonNought Russia what? comrade that is both debunked and coming from Twitter and Facebook who obviously to anyone other than yourself did the election meddeling process themselves. But by all means, comrade, keep pushing something no one believes.

Comrade, you disappoint. I though you would be better versed at what is going on. Turns out, you are either the epitomy of what "useful idiot" is, or you are just lost in the sea of lies, believing first one you see.

Come on, commie, do some do diligence before you try to sell this "Russia bots" narrative on this website. At least make an effort. I mean are you a distant cousin of Rachel Maddox or something? lol

@Krunoslav once again, stick to Croatia and stay out of America.

@JacksonNought I would love to, but your globalist communist friends are sticking in everyone else's business. So now its everyone's business. And you don't represent America, you represent communist globalist ideology. So its the American that are pro America that can tell you the same.

@Krunoslav typical social media agitation by a foreign agent, spreading false narratives to try and foment discord in the USA.

@Krunoslav am I supposed to know who Rachel Maddox is? Unless of course you mean Maddow? Is that supposed to be some cute name, or did you just mess up?