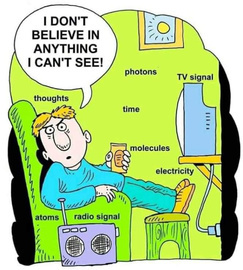 Some people can see a human aura. But, can you measure it? 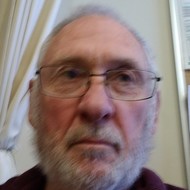 We only see less than 5% of light spectrum. They have technology to see lots of it

You can see electricity, its called lightening. 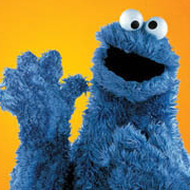 Atheists believe in all those things. 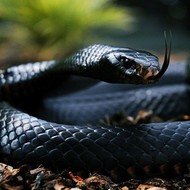 I take that back. I don't believe in time.

Tom81 said it well. You can observe and measure things like radio waves and electricity and even see the brain light up with thought. You cannot measure and observe a god.

Atheism isn't about not believing in what you can't see, but rather being sceptical of what can't be proven scientifically OR just a rejection of religious dogma as an ideology. It's just as easy to poke fun of religious beliefs with simple cartoons, especially as there are so many bizzare sects (remember the belief that dinosaurs didn't really exist and their bones were only placed on earth to make us not believe - yeah, have actually been told that first hand).
The point is, let's not look for excuses to divide when we really need to unite against the true evil of the globalists trying to bring on a technocratic neofeudalism, or worse - neocommunism

I guarantee I am the most sceptical person you have met. That's why I know so much because I question everything then listen. Most people just insult.

@Poncho69 fair enough then. I'm sceptical about most things (grew up on the streets surrounded by scammers and hustlers - so I have a great bullshit detector), but I usually get labelled as cynical (not the same!

).
Still, in these times I think unity is more important than ever to fight the bigger enemy. Let's aim and direct our scepticism at the marxists, technocrats, the woke identitarians, the elites....etc

@Tom81 He claims people just insult, but when you do actually reply in earnest, he just disappears.
His 'questioning' is marred by his confirmation bias, he has no real critical process.

Why would atheists claim to be skeptical when the very definition is a total denial of the existence of a God? If they were skeptical they would be agnostic at best. Very puzzling. But then I've been down this road before. It just leads to what is the real definition of atheism.
Atheism is just a total loss of any sense of self other than the body. I have a memory of a house I used to live in. I can envision it but what I would like to know is what or who is looking at it?

@FrankZeleniuk I guess it does come down to definitions, and probably individuals too. Personally I believe you can be an atheist and still be 'spiritual' (and that too probably has loose definitions). To me atheism just means not following any religion or the concept of a god as set out by any religion. Doesn't mean I'm against those things, or strictly only believe in the physical. But everyone has their own take I guess...

@Tom81 Satanists are spiritual too. Just saying. For example, it was a spirit who appeared to Muhammed and told him to teach his followers to chop the heads off of those who do not follow their allah.

Satanists are not atheists. They can be "spiritual". Generally, an atheist will say he doesn't believe in God and it follows that the metaphysical does not exist either because no one can measure or locate a spirit. It cannot be quantified. They are not skeptical about it. They are certain.

@FrankZeleniuk all good, I get your point about definitions - personally I'm over all the labels and boxes people want to put themselves into. I'm an individual, the rest is whatever

He doesn't believe in anything he can't see because he already has a fundamental understanding of the Universe. He probably even knows what's outside the Universe, and what was before time. I don't know those things, so this guy (pictured in the meme) must be God. (Sarcasm)

Most scientists don't understand the basics in the universe. I understand why mass is formed.

@Poncho69 Most scientists do come to understand that the more you learn the more you don't know. Knowledge and ignorance are Siamese Twins.

@Geofrank I say that all the time. Especially to my children. Teenager know everything done nothing been nowhere

@Geofrank do planets and stars have a metal core

@Poncho69 My guess is that planets might but stars probably not. But I'm no astrophysicist.