Did anyone know the California Department of Consumer Affairs has its own armed police force?

Fox49 reported Pomp Hair Salon owners Vicki Kirk and Dino Ballin, husband and wife, were accused of violating an emergency order by the state Board of Barbering and Cosmetology requiring them to follow the lockdown emergency order. The original orders are from the governor and California Health and Human Services agency, along with county public health agencies.

“I just want to earn a living and we all want to do it safely,” Kirk told Fox40 News. “We have strict safety protocols here, and we will continue to do so.”

After the early “non-essential” business restrictions were imposted in March, the salon eventually reopened after hair stylists begged for work, Fox40 reported.

These arbitrary shutdowns are pure nonsense, and targeted only at small businesses.

Kirk and Ballin said after posting the video of the raid on their salon on Instagram, they’ve had an outpouring of support, including from numerous attorneys offering to take their case pro-bono.

Attorneys may want to start with the armed, body armor-wearing cops from the Department of Consumer Affairs. From there they can visit the state Board of Barbering and Cosmetology for being all too willing to throw the Pomp Hair Salon under the bus.

In California it is starting to feel as if we are dangerously close to state officials showing up and saying “show me your papers.”

“There’s these people in authority who are setting these restrictions for our citizens who are not following it themselves,” Ballin said.

Ballin has vowed to remain open and keep the salon’s 43 staff employed even if it means losing their state license to operate.

How much more of this type of treatment are WE willing to accept????????
WE need to put the "Government" back into it's proper roll, TO SERVICE, not control!!!!!!

Everyone in Stockton should scrape up $10 and get in line to get their hair combed to help those people and others. Attorneys have to obey the courts but should stand up and remind the California Government they've gone too far, they have overstepped their bounds. 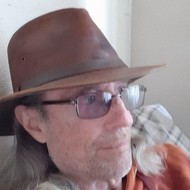