Once upon a time, despite our partisan bickering about domestic issues, foreign enemies and threats could bring us together in defense of the country. Most still remember the anger and frustration at Jimmy Carter’s impotence in the face of the Iran Hostage Crisis, so much so that virtually the entire country voted to turn him out. Reagan’s base was fiercely committed, but it was Democrats abandoning Carter that put him over the top.

The proliferation of American flags that blossomed after 9/11 was another near universal expression of country first, politics second. Sure, a lot of those flag wavers were uncomfortable doing it, and they stopped after a decent interval. But that just proves how strong the instinct was.

When Obama announced Bin Laden’s assassination, no Republican questioned his motives, or offered anything besides heartfelt praise for taking one of America’s most infamous enemies off the board.

Those days are over. If we needed any further demonstration of how broken our country is, you need look To any response from any leftist, whether in Congress, media or Hollywood, to realize that these people are sorry that a beast who has done our country harm and was plotting to do so again has been eliminated. They hate Trump more than they love our country.

Not only do the architects of Obama’s failed foreign policy openly criticize Trump for winning precisely where they lost again and again, they are actually giving aid and comfort to the enemies of our nation. “Just wait,” they whisper through their rat-infested back-channels. “Trump will be gone soon.”

And yet, Donald Trump is still President, and though they’ve thrown everything at him they could find or invent, he’s still standing.

I’d be willing to bet more than a few if these treasonous power brokers in Washington are waking up these nights in a cold sweat, wondering how it’s come to this. How it could have gone so wrong.

Late spring and early summer can’t come soon enough , and much much work to get done until then .... it’s crazy what’s going on. I’m amazed at how many Adults are aligned with my 20 year old politically. He’s a self proclaimed atheist now, mocking my make belief god with direct quotes from the last pod cast on the left, Struggling to find his purpose in the world because he thinks we are all doomed in a decade anyways. It’s not only amazing , it’s sad. 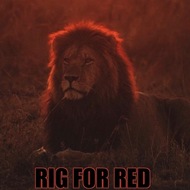 For as far back as one cares to go it has always been a notable trait of Leftists in every country to oppose their own country while sympathizing with its enemies. 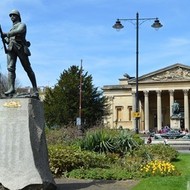 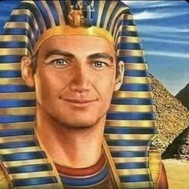 Now, now, @Hanno. You know better than to ask a child to explain his random outburst. The only thing to do is take away his teddy bear and give him a time out.

good gawd y'all - when you look at Carters legacy you can't help thinking he must have been the worst POTUS ever. Obama comes along and challenges that opinion.

I think Carter and Obama were equally bad Presidents but in different ways. Carter was simple minded and incompetent - had NO charisma nor leadership ability.
Obama had lots of charisma and leadership ability but he was conspicuously anti-American and used his talents to stratify and to divide the People and to sabotage the economy and to de-fang the military.
It's one thing to be merely incompetent like Carter but Obama really was traitorous. IMHO.

Posted by GORGThe latest batch of " elected " officials is almost a good argument for a return to Divine Right monarchy .

Posted by GORGEver get the feeling that you've just been cheated ?

Posted by GORGMeanwhile , somewhere in Chicago or St. Louis or Minneapolis or New York ... Apologies to Raymond Pettibon ( if he's still alive ) for stealing an image of his to use for this cartoon .

Posted by GORGLike chinchilla ranches , frog farms and Communism , the globalist agenda has no basis in workable reality .

Posted by JohnHoukData Manipulated & Hidden to Control YOUR Life A VAERS Whistleblower has stepped up to the plate claiming proof that at least 45,000 deaths have occurred from experimental jabs.

Posted by GORGThe Catholic Church is an integral part of the Globalist agenda , clothed as " angels of light " .

Posted by TragicDogVideoI love it when Biden tries to be Trumpy! | Bartleby TDV

Posted by GeeMacWith the Trudeau government abandoning hundreds of its Afghan interpreters to the Taliban, Canadian vets of the long war are reaching into their own pockets, to fund the rescue of as many of their ...

Posted by TragicDogVideoHey, woe-man's libbers, it's about the power, not the gender

Posted by AndymanFlorida man gets 8 months in first felony sentencing in Capitol riot By Tamar Lapin July 19, 2021 | 11:30am | Updated A Florida man who breached the Senate chamber on Jan.

Posted by GORGOne more for the road ; the Cardinals are playing the Cubs tonight and I've just about used up the time I allot to Slug .

Posted by GORGThis is notso much a slam on George Floyd , who was just an ignorant criminal , but rather on the folks who are trying to elevate him to sainthood with their monuments to him .