They say: Nothing is more discouraging than unappreciated sarcasm.

You have got to love Twitter. It used to be that everyone understood sarcasm. But since lefties went so far that The Babylon Bee can’t keep up anymore, being sarcastic on Twitter always carries a great risk of being mistaken for a true believer. A case in point. (images bellow) We are getting quite literally copy paste of the same scenarios as with Afghanistan, Ukraine, now with Taiwan.

First, demonize a country. Then provoke the country. And then go in to make war profiteers and neocons happy. Print trilions to fund all this. Nevermind the inflation. It's something we can redefine as we do with women. Then, no matter how many millions are affected or thousands killed, find another place to start a new war. And I hope sheep will keep supporting "the current thing". Except if the US provokes CCP into war in the Pacific, it will make the Middle East and Eastern Europe look like good times. These lunitics do not have a reverse gear and no matter what happens in the midterms, all the republicans seem to be in on it as well, so the only thing standing between WWIII and not WWIII now is if the US economy completely collapses and there is a mandatory change in direction. This might or might not happen. But WWIII will happen if the US does not collapse completely economically. And if it collapses economically completely, we might just avoid WWIII and suffer in other ways. Either way, expect things to get a hell of a lot worse before we can hope for better times. Rough waters ahead. And they are not just in the Pacific.

Under the Biden administration, there was a disastrous Afghanistan retreat, now Ukraine, that killed Europe, crippled the US and made all the countries that hated both, stronger and more allined. Biden's administration and the neocons around him, are stirring trouble in Somalia, Ethiopia, Yemen, the Balkans, Iran, Ukraine, of course, and surrounding nations of Europe and now the Pacific with Taiwan. What could possibly go wrong. Meanwhile, I don't have to tell you about all the domestic issues in the US and EU.

"Western civilization is a story of full bellies and starving hearts. Of a feast of information and a famine of truth. Of conveyor belts churning out processed food, conformity-enforcing media and power-serving culture. Enough food to stay alive but not enough sustenance to live."

Trapped In The Slaughterhouse

"This is no civilization. It's a slaughterhouse. A fake plastic performance staged to funnel human life into the gears of an insatiable machine."

Warning. Sarcasm understanding and tolerance for cynicism are mandatory. 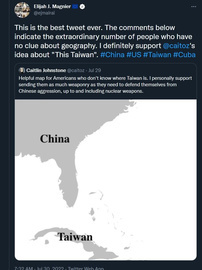 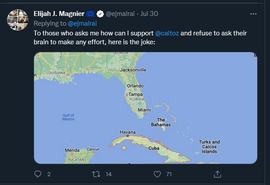 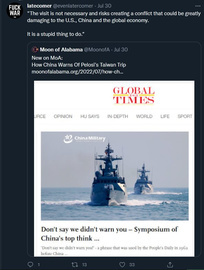 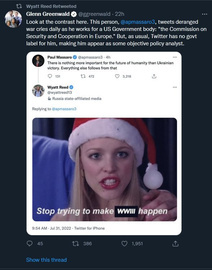 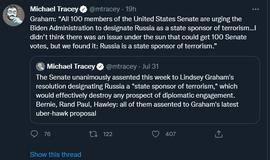 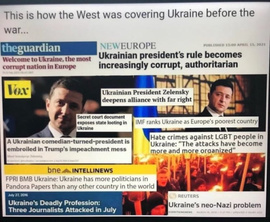 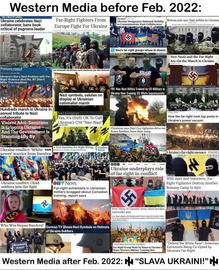 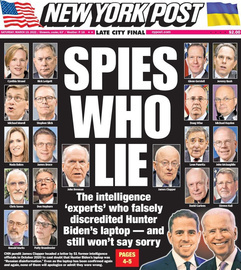 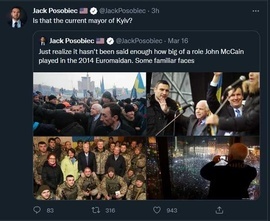 The only thing missing was the Hong Kong protests for democracy and perhaps the civilian unrest in mainland China on various things/fronts. Not to mention/forget the Uyghurs.

The China/Taiwan overlay on US/Cuba would be accurate of the animosity that does exists supposedly.

She's an interesting bird when she isn't repping like mad for BLM.

Are you referring to Caitlin Johnstone? If so. What did I miss? Where does she represents BLM?