Leftists write a history depicting Trump as a Nazi, with the goal of discrediting all
republicans. Bull. The left refuses to consider Trump's presidency objectively, and Obama's.
On IDW there have been many posts indexing Trump's accomplishments and Obama's failures.

Leftists do the same to Nixon. Nixon's accomplishments are:

Nixon won a landslide in 1972, carrying all but one state. That's hard to do. Nixon must have been doing something good.

Vulcan proverb: Only Nixon could go to China.

Because Nixon brought respect to America. Biden bends the knee to China and hamstrings American strength. 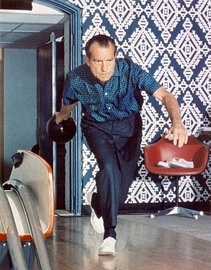 Democrats got us into the Vietnam War. Nixon extricated us from that unholy, stinking mess. All while being relentlessly pilloried.

Nixon's arms airlift to Israel was awesome. He realized there would be howls of outrage for a single planeload of ammo, so he decided to go big and make it an object lesson in American power.

Nixon's 72 win over Mcgovern is also instructive. Traditional Democrat voter groups stayed home or voted for Nixon, something that happened in 2020 and then was mysteriously reversed in the dead of the night.

Johnson's win in 1964 was partly because his platform had goodies for rurals, such as the Tennessee Valley Authority. Today, the democratic platform is anti-rural.

@jaymaron Didn't Johnson say "I will not send American boys 8 or 10 thousand miles to fight a war Asian boys ought to be fighting for themselves." ?

While Goldwater said he would go to war?

America used to win. The generals in World War II were sharp, especially
Bombs Away Le May, who engineered the American air combat strategy.

The generals in Vietnam were less than sharp. With better generals, America would have won. Also, the leftist cancer was growing and they sabotaged America's stance.

Trump: We're going to win so much, you'll get tired of winning.

Lombardi: Winning isn't every thing. It's the only thing.

The left doesn't like to win. I miss winning.

I have a Marine friend who was in combat in Vietnam when LBJ said those words. His battalion suffered so many casualties that it had to be disestablished and then rebuilt back in the States. He was very upset, to say the least

Certainly the beginnings of the modern Leftist media cabal. His only real crime was having knowledge of federal money given to support the activities. The bad hardly washes out the good in his case, but people buy into the first thing they read. I'm not condoning his involvement, but the people who still think of Nixon as "evil" are the same kind of people today who stand in line to be brainwashed. 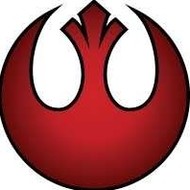