We rely on members to let us know when posts contain content that violiate the community guidelines. The most common reason that content gets flagged is that it contains dehumanizing or trolling/baiting text. Getting too many flagged posts will result in account termination.
Visit Group Join Group
0 3

Borrowed from another IDW post is the pictured meme.

Added to the meme pictured are historical contexts, suggesting a pattern, and a dire warning to the herd.

""In exchange for these acts of civility, the conqueror acquired some measure of sovereignty over the conquered peoples and, by way of compensation for the trouble to which he had been put in conquering them, was also entitled to a substantial share of the infidels' goods."

"In all previous cases, and in the protracted English attempts to seize parts of northern France, conquest had been justified on the grounds of dynastic inheritance: a claim, that is, based on civil law. In America, however, this claim obviously could not be used. There would seem, therefore, to be no prima facie justification for "conquering", the Indians since they had clearly not given the English grounds for waging war against them.
Like the other European powers, therefore, the English turned to rights in natural law, or - more troubling - to justifications based on theology. The Indians were infidels, "barbarians," and English Protestants no less than Spanish Catholics had a duty before God to bring them into the fold and, in the process, to "civilize" them. The first Charter of the Virginia Company (1606) proclaimed that its purpose was to serve in "propagating of Christian religion to such people, [who] as yet live in darkness and miserable ignorance of the true knowledge and worship of God, and may in time bring the infidels and savages living in these parts to humane civility and to a settle and quiet government." In performing this valuable and godly service, the English colonists were replicating what their Roman ancestors had once done for the ancient Britons. The American settlers, argued William Strachey in 1612, were like Roman generals in that they, too, had "reduced the conquered parts of or barbarous Island into provinces and established in them colonies of old soldiers building castles and towns in every corner, teaching us even to know the powerful discourse of divine reason."

"In exchange for these acts of civility, the conqueror acquired some measure of sovereignty over the conquered peoples and, by way of compensation for the trouble to which he had been put in conquering them, was also entitled to a substantial share of the infidels' goods. Empire was always conceived to be a matter of reciprocity at some level, and as Edward Winslow nicely phrased it in 1624, America was clearly a place where "religion and profit jump together." For the more extreme Calvinists, such as Sir Edward Coke who seems to have believed that all infidels, together presumably with all Catholics, lay so far from God's grace that no amount of civilizing would be sufficient to save them, such peoples might legitimately be conquered; in Coke's dramatic phrasing, because "A perpetual enemy (though there be no wars by fire and sword between them) cannot maintain any action or get any thing within this Realm, All infidels are in law perpetui inimici, perpetual enemies, (for the law presumes not that they will be converted, that being remota potential, a remote possibility) for between them, as with devils, whose subjects they be, and the Christians, there is perpetual hostility and can be no peace."

"Like all Calvinists, Coke adhered to the view that as infidels the Native Americans could have no share in God's grace, and because authority and rights derived from grace, not nature, they could have no standing under the law. Their properties and even their persons were therefore forfeit to the first "godly" person with the capacity to subdue them. "if a Christian King," he wrote, "should conquer a kingdom of an infidel, and bring them [sic] under his subjection, there ipso facto the laws of the infidel are abrogated, for that they be not only against Christianity, but against the law of God and nature contained in the Decalogue." Grounded as this idea was not only in the writings of Calvin himself but also in those of the fourteenth-century English theologian John Wycliffe, it enjoyed considerable support among the early colonists. As the dissenting dean of Gloucester, Josiah Tucker, wrote indignantly to Edmund Burke in 1775, "Our Emigrants to North-America, were mostly Enthusiasts of a particular Stamp. They were that set of Republicans, who believed, or pretended to believe, that Dominion was founded in Grace. Hence they conceived, that they had the best Right in the World, both to tax and to persecute the Ungoldy. And they did both, a soon as they got power in their Hands, in the most open and atrocious Manner."
By the end of the seventeenth century, however, this essentially eschatological argument had generally been dropped. If anything it was now the "papists" (because the canon lawyers shared much the same views as the Calvinists on the binding nature of grace) who were thought to derive rights of conquest from the supposed ungodliness of non-Christians. The colonists themselves, particularly when they came in the second half of the eighteenth century to raid the older discussions over the legitimacy of the colonies in search of arguments for cessation, had no wish to be associated with an argument that depended upon their standing before God. For this reason, if for no other, it was as James Otis noted in 1764, a "madness" which, at least by his day, had been "pretty generally exploded and hissed off the stage."

"Otis, however, had another more immediate reason for dismissing this account of the sources of sovereign authority. For in America had been conquered, it followed that the colonies, like all other lands of conquest, were a part not of the King's realm but of the royal demesne. This would have made them the personal territory of the monarch, to be governed at the King's "pleasure," instead of being subject to English law and to the English Parliament. It was this claim that sustained the fiction that "New England lies within England, " which would govern the Crowns' legal association with its colonies until the very end of the empire itself. As late as 1913, for instance, Justice Isaac Isaacs of the Australian High Court could be found declaring that, at the time Governor Arthur Phillip received his commission in 1786, Australia had, rightfully or wrongly, been conquered, and that "the whole of the lands of Australia were already in law the property of the King of England," a fact that made any dispute over its legality a matter of civil rather than international law." 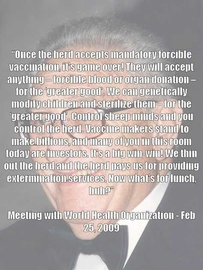