We rely on members to let us know when posts contain content that violiate the community guidelines. The most common reason that content gets flagged is that it contains dehumanizing or trolling/baiting text. Getting too many flagged posts will result in account termination.
Visit Group Join Group
2 1

A few people have purchased the exclusive power to add zeros to their Bank account balance, and they accomplish this feat by borrowing their spending from anyone who can produce anything worth stealing, including children.

Those who have read anything that I write on Political Economy are those who connect to this basic message, and whatever those people do with this message is then their choice.

The ball is in your court.

You can rationalize the meaning of the message at your pleasure, or as a reaction to your fear.

These psychopaths steal children’s lives, consume the lives of each new generation, before they are born, in a forensically documented accurate accounting of the facts that matter in each case.

Each individual, before they are even born, are made to pay for the spending done by these psychopaths.

One form of documentation, as to the positive proof beyond doubt, that this is factual reality, is the National Debt Clock Real Time. 86,900.00 Units of Purchasing Power Per Citizen is reported on the Official “Government” Web Page as I type. 229,705.00$ Per “Tax” Payer.

In 100 years time, going into the future, a very rough estimate would be the total Population of America times 229,705.00, done only to show how much the psychopaths will spend (they buy people, they buy obedience) to keep their exclusive power to enslave mankind on this Globe. I am accurately accounting for One Nation, but all Nations run the same scam, some in direct competition with other psychotic leaders, some consolidated into a Union or Monopoly. Whichever Union Consolidates the most powerful Nations into One Monopoly of Power and Profit leads mankind down the path to extinction, but all such psychotic leaders lead everyone down the same path as a demonstrated consequence of the Grand Chess Board Game.

When all Nations Consolidate, each division of the whole tuned to the same leadership from the same center of Power and Profit, those at the top gain the most Power soonest. When there is conflict between Nations that fail to Consolidate, the Power they spend on all sides is spent on destroying and subjugating, as the most Powerful Nations Consolidated will “annex” (Conquer) the Power-Less Consolidated Nations. A Nation alone, defending against Consolidation, has never happened, to my very limited knowledge on this subject matter. 13 Nations formed voluntarily into a Voluntary Mutual Defense Association was successful between 1774 and 1789 in the effort to Overpower the psychotic Monopoly Cartel then known as The British Empire. That successful defense against annexation by Americans in the Revolutionary War, with 13 Independent Nations forming a Federation failed to maintain their independence, freedom, and Liberty, in 1789, when the psychopaths took over with their Dirty Compromise.

Into the future, with the very rough estimate of the population of America times the “Citizen Debt” is a Grand Total of 28,985,813,314,700.00 Units of Purchasing Power. The real reality here is that the psychopaths purchase that much in that time, and they do so before people can produce that much power to purchase; before people produce anything worth stealing, including children.

The psychopaths leading the charge to extinction buy obedience. That is seen in real terms today within the meanings of the terms monetize and demonetize. Those obeying are monetized, those failing to obey are demonetized. Fund the psychotic charge to extinction – obey – or your capacity to produce anything worth stealing – including children – will be prevented in various ways that include very easy to see overt methods and very difficult to discover covert methods.

Demonetizing whistle blowers as those messages offered by those whistle blowers rise to power, gaining currency, gaining support for their messages, is now very easy to see for all but the truly captured obedient slaves, the Uncle Toms of our day with our newer forms of Human Trafficking.

These psychopaths have already been caught Red-Handed harvesting organs of stolen children, so don’t even think about challenging the message you are reading now, without confessing that you are one of the captured slaves, stupid and servile beyond salvation.

An Uncle Tom of the previous Subsidized Slavery Pogrom in America, was a slave working to help enslave mankind, working for the psychopaths, working to move mankind closer to extinction, and doing so to save their own sorry ass from the costly task of defense against extinction by psychotic “leadership.”

You cannot defend against this truth, not without joining the cult of falsehood, funding the extinction of mankind in your own independent, special, unique, way.

Read carefully the following censored (demonetized) First Draft of the Declaration of Independence, that was redacted, blacked out, of that common law document, that document of refusal to fund the willful extinction of humanity. And, when you are done reading that secreted message, read also the explanation as to why that message was redacted, and removed from the Currency of Vital Information.

“he has waged cruel war against human nature itself, violating it's most sacred rights of life & liberty in the persons of a distant people who never offended him, captivating & carrying them into slavery in another hemisphere, or to incur miserable death in their transportation thither. this piratical warfare, the opprobrium of infidel powers, is the warfare of the CHRISTIAN king of Great Britain. determined to keep open a market where MEN should be bought & sold, he has prostituted his negative for suppressing every legislative attempt to prohibit or to restrain this execrable commerce: and that this assemblage of horrors might want no fact of distinguished die, he is now exciting those very people to rise in arms among us, and to purchase that liberty of which he has deprived them, & murdering the people upon whom he also obtruded them; thus paying off former crimes committed against the liberties of one people, with crimes which he urges them to commit against the lives of another.”

Now the confession:
In the Writings of Thomas Jefferson, Vol. I. p. 10

"The clause, too, reprobating the enslaving the inhabitants of Africa, was struck out in complaisance to South Carolina and Georgia, who had never attempted to restrain the importation of slaves, and who, on the contrary, still wished to continue it. Our northern brethren also, I believe felt a little tender under those censures; for, though their people had very few slaves themselves, yet they had been pretty considerable carriers of them to others." 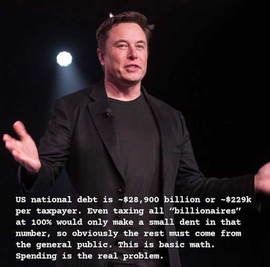 "DHI is a direct response to a growing secularist intolerance to Christians of all confessions that has led to a myriad of attacks on human dignity. Just as many secularist groups have mobilised to create effective advocacy groups across the world, so the Institute plans on doing the same, pushing back the tide of radical secularism which is threatening the dignity of increasing numbers of people, especially the vulnerable and the weak."

"Most controversially, the Russian leader condemned the Bolshevik Revolution and the sick transformation of the culture of 1920s Russia that not only destroyed the great potential of a world of cooperating nation states in the 19th century, but also set the foundations for the rot of cultural relativism, wokeness, critical race theory and other cultural insanities of our modern collapsing age.

"Other topics discussed at length in this show: The spread of the American System around the world in the wake of the Civil War, how the Russo-Japanese war was bankrolled by London and Wall Street Financiers (as well as the Bolshevik revolution’s expression in 1905 and 1917), the rise of the fascist Pan European Union, the British control of the Young Turks, the rise of the Frankfurt School and how the leading Trotskyites became the neoconservatives."